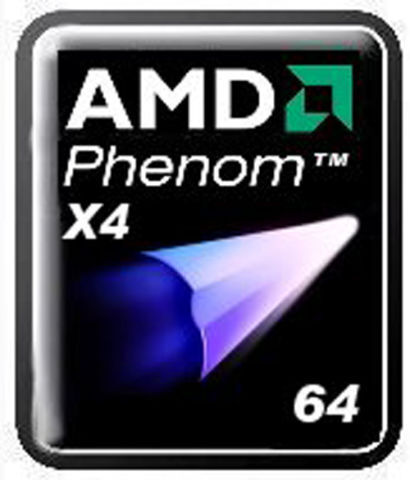 The Phenom II is a family of 64-bit processors produced between 2008 and 2012 by the semiconductor company AMD. The Phenom II family encompasses a wide array of dual-core, tri-core, quad-core, and hexa-core CPUs. The central processing unit, CPU, is the part of the computer that carries out the instructions of all the programs.

How many different lines of Phenom II processors were released?

The AMD Phenom II family consists of six different lines: the dual-core Callisto, the tri-core Heka, the quad-core Propus, Deneb, and Zosma, and the hexa-core Thuban. The maximum clock speed of these processors ranges between 2.5 and 3.7 GHz. All AMD Phenom II processors share a similar set of features, such as the NX bit security technology that prevents malicious software from being executed on your device.

What kind of architecture does the Phenom II use?

The AMD Phenom II has a 45-nanometer architecture in which the processor, the memory controller, and the I/O are all directly connected to the central processing unit. By integrating the memory controller into the central processing unit, the Phenom II reduces memory latency. Latency is a measurement of the delay between the time the memory is accessed and the time it is available to the rest of the system. This improves the performance of the entire computer.

How much memory does the Phenom II contain?

Almost all Phenom II processors feature 6 megabytes of L3 cache. The cache is a small pool of efficient memory embedded in the central processing unit that can be accessed much faster than the main system memory, thus speeding up important operations.

Is it possible to overclock the Phenom II?

Yes, overclocking allows you to extract more performance from the same processor, although it may increase the temperature and stress of the CPU. The Thuban line and the Zosma line have a technology called AMD Turbo Core, which can dynamically adjust and control the operating frequency of the processor when extra performance is needed while keeping the power consumption and temperature operating within normal parameters. When one more of the cores are idle, both the Thuban and Zosma processors can overclock the remaining cores up to 500 megahertz above their base frequency. This is done automatically, so you dont even have to overclock it yourself. For example, the Phenom II X6 1035T, which is part of the Thuban line, has a base frequency of 2.6 gigahertz but a turbo frequency of 3.1 gigahertz.

Does the Phenom II have any energy saving features?

Yes, the Phenom II CPU can maintain quiet operations and high energy-efficiency even when it is running at peak performance. AMDs CoolCore technology saves power by turning off unused parts of the processor and carefully managing its energy consumption.

Which socket does the Phenom II use?

Content provided for informational purposes only. eBay is not affiliated with or endorsed by AMD.