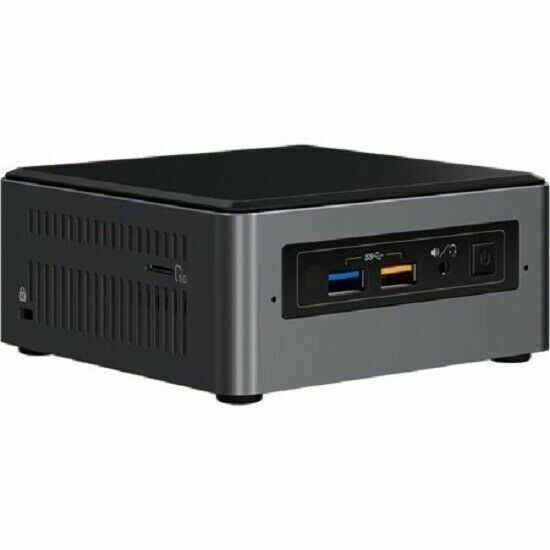 A Quick Guide to the Intel NUC

The Intel NUC, which stands for Next Unit of Computing, is a miniature personal computer with a compact, minimalistic shape suitable for holding in one hand. The Intel NUC system delivers the power of a standard PC while leaving behind a minimal footprint with few wires. Depending on the model, the Intel NUC is suitable for multimedia, internet browsing, office applications, and some limited gaming, although some models are for edge servers and workstations as well; browse the selection at eBay for the right one to meet your needs.

How do you choose the right Intel NUC?

There are eight generations of NUC devices generally corresponding to the generation of i3, i5, or i7 Intel processors inside, although some models, especially the early generation ones, contain a Celeron or Atom processor instead. Intel offers three types of NUCs: fully operational computers, standalone motherboards, and NUC kits without RAM, storage, and an operating system. The latter two require quite a lot of work to get them running. The Intel NUCs can vary widely in performance and feature set, but you should generally look out for the following features:

Does the Intel NUC have an integrated or dedicated GPU?

Most NUC devices have an integrated Intel graphics processor, which is a GPU that shares RAM with the rest of the computer. These GPUs can be identified by the moniker HD Graphics, which can output or stream video in regular high-definition or UHD Graphics, which can output or stream video at ultra high-definition. Other common names for integrated GPUs include Irish Graphics, Iris Pro, or Iris Plus. Certain eighth-generation Intel NUC models do have a dedicated graphics card instead, which is a GPU with dedicated memory. Dedicated graphics cards are more for gaming or professional graphics applications.

What operating system is compatible with the Intel NUC?

Content provided for informational purposes only. eBay is not affiliated with or endorsed Intel.