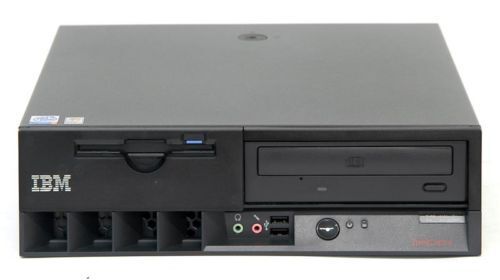 The Pentium 4 desktop offers up to 3GHz of processing speed, making it perfect for basic computing tasks that dont require a great deal of speed, particularly if you dont work on a number of different tasks at the same time. If you’re looking to purchase a new IBM computer, here is some information on the IBM Intel Pentium 4 PC desktop computer.

How many cores does the Intel Pentium 4 processor have?

The Pentium 4 - or CPU - was one of the very last single core CPUs. While a single core Intel Pentium CPU is able to run multiple tasks simultaneously, it cant manage power in the same way a dual or quad core Intel CPU can. The power of an Intel Pentium chip is measured in GHz. While there is no difference in power between a 2GHz Intel chip with a dual core and a 2GHz Intel chip with a single core, the dual-core Intel chip will often be able to offer much faster processing speeds because of how it manages tasks. A dual core chip can assign more power to a more demanding task and less power to a less demanding task. So a 2GHz dual core chip will be able to multi-task faster than a single core chip.

How "fast" is this computer?

The speed of a computer is generally determined by how quickly it can perform certain tasks like downloading large files of 100GB or more. How fast a computer can accomplish this is first dependent on internet speed. Even the most powerful computer will experience slow download speeds on a slow connection, and even with a high-speed internet connection, files are only able to be downloaded as fast as the computer can manage. The GHz of the Pentium 4 chip is, of course, one factor but how many GB of RAM the computer has is another. In some cases you can significantly increase the speed and performance of your computer by adding additional GB of RAM without increasing the GHz of your Pentium processor. In other cases, you can upgrade to a more powerful processor and do the same thing.

What are some basic features of this computer?

Generally, what you are purchasing is just the tower or what is commonly referred to as the "hard driver." It may only come with a power cable. The features of each tower will be different, but here are some basic features found on most models of computers featuring the Intel Pentium 4 processor:

What operating system does this computer use?

Content provided for informational purposes only. eBay is not affiliated with or endorsed by IBM.