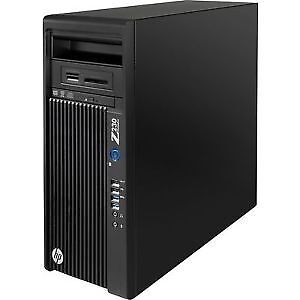 The Hewlett-Packard Co. has made a number of desktop PC models that are equipped with Intels fourth-generation Core chips that can serve as a second home PC or an additional workstation in the office. These desktop PCs come with a number of features including an Intel Core i7 processor.

What are the features of Intels fourth-generation Core processors?

Intels fourth generation processors were released in 2013 with the code name "Haswell." This generation of Core processors came in three variants. They were designed to fit motherboard sockets that included LGA 1150, BGA 1364, Socket G3, and BGA 1168. Some of the features of the Haswell Core i7 processor include:

What are some features to consider when shopping for PC?

Desktop PCs, including those made by HP, have a variety of different features depending on what role they are designed to serve, but there are a few basics to consider:

HP has made a number of different desktop computer models that used the i7 processors that were designed for home users and business operations. Some of the possible selections that are available include:

Content provided for informational purposes only. eBay is not affiliated with or endorsed by Hewlett-Packard Co.