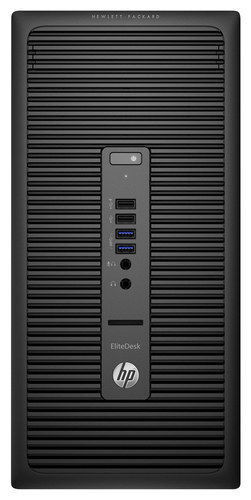 The HP AMD Desktop PC Gets the Job Done

Choosing a Hewlett Packard (HP) personal computer (PC) involves a balancing act between functionality and economy. There is a large variety of options and functions that are available through HPs extensive selection of home PCs from which to choose. Understanding the various options that are available will not only save you time and money, but it may also help make computer shopping worry free.

What type of system processor does it have?

If processing speed is important, then youll want a CPU with plenty of GHz on its hard drive. Advanced Micro Devices (known as AMD) manufactures a popular line of microprocessors, the intelligence within the computer, also called the Central Processing Unit (CPU). The A10 high-speed microprocessor gives you enough GHz to multi-task and run several complex programs simultaneously. You can check your email, do your taxes, and listen to music without overwhelming the system.

What type of memory does it have?

Will you be storing lots of photos and videos? If so, then youll want a computer with plenty of memory space, such as one with 1 TB of memory. The cache memory, also called the Random Access Memory (RAM) is expandable, giving you added power for complex programs.

Does it have any USB ports?

All HP desktops running the AMD A10 are equipped with multiple USB ports for connecting devices, such as a mouse, joystick, or keyboard. They will also accommodate portable memory storage units called memory sticks or thumb drives. Digital devices such as cameras and audio recorders can be connected via USB to download recorded information. Plug-and-play USB ports make it easy for you to plug right into the USB and access your applications from them.

Hows the ergonomics of this HP computer?

The HP AMD A10 Desktop can be connected to as big a monitor as needed, making those long hours in front of the screen easier on the eyes. It can also be connected to an ergonomic keyboard, making input easier and reducing the danger of carpal tunnel syndrome.

Content provided for informational purposes only. eBay is not affiliated with or endorsed by HP or AMD.