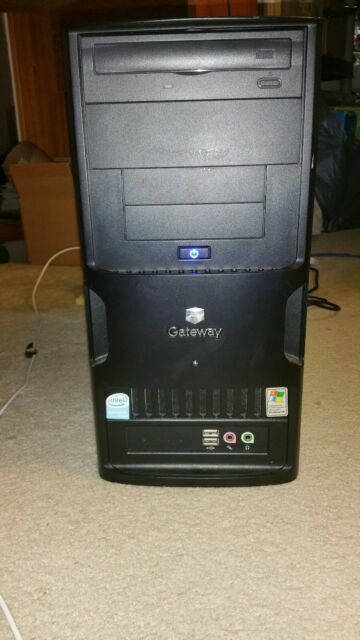 Gateway was among the earliest leading manufacturers of laptops and desktop PCs, including custom builds. Even after being acquired by Acer in 2007, the Gateway brand continues to support its systems and innovate products. If you’re seeking a computing environment that’s versatile and customizable, then a Gateway computer fits the bill.

What is a Gateway PC desktop computer?

A Gateway desktop is a personal computer or PC that’s designed to be used from a fixed location, such as a desk or table. A laptop, on the other hand, is highly portable. The most common Gateway PC configuration is a case, such as a tower, which houses the power supply, motherboard, processor, hard drives, and so forth. These housings are highly accessible so that you can easily replace and update components as well as build onto your computer system.

What is a Gateway all-in-one computer?

A Gateway AIO system has everything you need consolidated into a single package: computer, screen, mouse, keyboard, and so forth. The difference between a Microsoft Windows AIO and a robust Microsoft Windows PC from Gateway may seem a bit blurry since the desktop builds can also come with everything you need. What distinguishes an AIO model is consolidation. Think of this approach as a compromise between a laptop and a desktop computer.

What is Windows XP?

Windows XP is an operating system, or OS, developed by Microsoft. This is an OS purposefully designed for personal computers, and it was released in both a Home and Professional version. Since its release, Windows XP has received numerous updates from Microsoft, including three major updates known as Service Packs: SP1, SP2, and SP3. If the installation of Windows you receive isn’t fully updated, the software can automatically update itself once you’ve connected your computer to the internet.

Can you upgrade your Gateway computer to a newer OS?

Yes, you can upgrade your Gateway computer to a newer Windows OS as long as it meets the minimum hardware requirements set forth by Microsoft for that OS version. Note that you also have the option to update parts in order to meet those minimums. The home computing options released since XP include Microsoft:

What features can you expect from a Gateway desktop PC?

A standard desktop model from Gateway without accessories will include a/an:

What additional features can you expect from a Gateway AIO?

Your AIO computer will include all of the parts above plus: