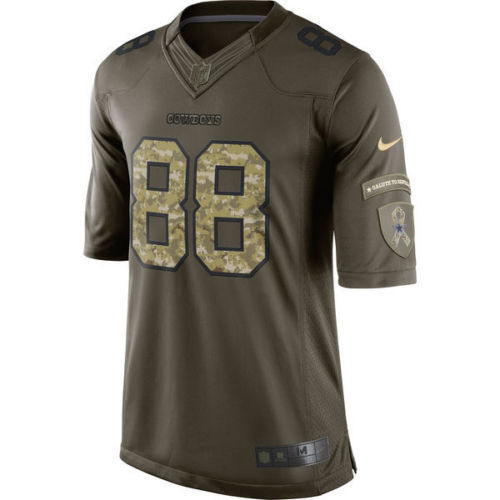 Dez Bryant has been a presence for the Cowboys in Dallas for years. There are different Dez Bryant elite game jerseys that replicate the designs for his team over the years. A common format for these jerseys is the last name on the back with a giant display of his number, 88, underneath and on the front.

What is a Dez Bryant Vapor Elite jersey?

Dez Bryant Dallas fans can also root for their Cowboys wearing an alternate Dez Bryant jersey, also known as a third jersey. These shirts differ from Dez Bryants standard navy-blue-and-white home-and-away jerseys. They are authentic game jerseys, but they are worn one time only, and they sometimes alter the traditional Dallas navy blue and white. Alternate Dez Bryant game jerseys may have the following features:

Can you get an Oklahoma State Dez Bryant jersey?

Dez Bryant jerseys come in all shapes and sizes. Youth, too, can cheer on the Cowboys with classic Dallas game jerseys. The navy-blue-on-white and white-on-navy youth jerseys are replicas of the Dallas Cowboys Vapor Elites. They come in sizes for infants as well.

Content provided for informational purposes only. eBay is not affiliated with or endorsed by Nike.