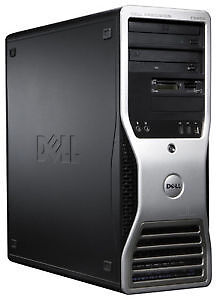 Whether you are writing a novel, surfing the net, or balancing spreadsheets for your business on your desktop, it is essential for your computer to perform well. The desktop models from Dell primarily come with single, dual, and quad cores that are made by Intel. When you understand the relationship between the core and your computers performance, you can make better decisions about which Dell Dual Core desktop computer will meet your needs.

What is a Pentium Dual-Core processor?

What is the difference between single-core and dual-core processors?

Computers with single core-CPUs can perform only one set of tasks at a time, so the processing speed is a bit slower. Dual-core CPUs are basically two single cores occupying the same chip. This doubles the amount of tasks your computer can do at one time, increasing its processing speed and overall performance.

Four product lines have Pentium Dual Core microprocessors. They include Vostro, Precision, Optiplex, and Inspiron, with the majority of them in the Inspiron product line. Here is a list of models:

What is the clock speed for Intel Pentium microprocessors?

The Pentium Dual-Core microprocessor typically has a clock speed that ranges between 2.4 GHz and 2.6 GHz, depending on the computer model. The clock speed is the rate at which the CPU performs operations, indicated by cycles per second (GHz).

What is the hard-drive capacity for Dell computers?

The hard-drive capacity varies among desktops and also coincides with the time when the computers were released. Older computers were made with much smaller hard drives that often had no more than 1 or 2 GB. Newer machines sometimes have as much 1 or 2 TB. You can easily find whatever size drive you need in a dual-core CPU.See the manufacturer site for details.

Content provided for informational purposes only. eBay is not affiliated with or endorsed by Dell or Intel.