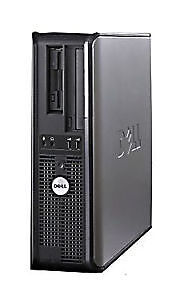 Established in 1984, Dell manufactures desktop computers and laptops. It offers a range of styles and models in its desktop line, many containing Intel Pentium 4 processors.

What components influence a computers speed and storage?

What RAM options does Dell provide?

Dell systems offer a range of less than 1GB to 8GB of random access memory. The lower range works well for word processing and other general office applications, but the high range provides the minimum needed for gaming and watching DVD-ROMs and operating CD-ROMs.

What operating systems do these systems offer?

Choose from systems that come with no operating system, allowing you to partition the hard drive and install the operating system of your choice. You may also select those with Windows 98, Windows 2000, Windows XP, Windows 7, and Windows 10.

What hard drive sizes are available?

You can find models of these computers with hard drives of less than 100GB all the way up to 2TB.

What form factors does the manufacturer provide in these models?