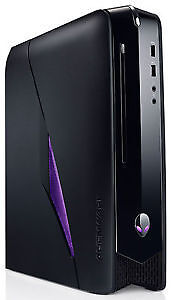 All About Dell Intel Core i7 4th Gen PC Desktops

Avid gamers know that playing video games on high-performance desktop computers can enhance the gaming experience. High-performance computers respond faster and have more detailed graphics. Dell has been making desktop computers since 1984, continually improving their desktops quality and speed. Many of their desktops have Intel processors, with those desktops that are geared toward gaming having one of the most powerful made by Intel.

What is an Intel Core i7 4th Gen Processor?

This CPU is one of a series of processors made by Intel for desktop PCs and laptop computers. The majority are quad-core, but a few are dual-core, making them ideal for workstation and gaming desktops. The quad-core increases processing speed of the desktop and overall performance of a computer, as well as providing superior graphics meant for gaming by supplying more powerful graphics.

What is the Processing Speed of a Core i7 Processor?

The base processing frequency, also called the standard clock speed, varies based on the CPU model. Dual-core speeds range from 1.50 GHz to 3.0 GHz. Processing speeds of quad-core CPUs range from 2.0 GHz to 4.0 GHz. Intel Core CPUs, however, have Turbo Boost technology, which increases the processing speed, even on dual-core CPUs. Turbo Boost monitors the usage of the Intel Core CPU to see how close it is to the maximum thermal design power (TDP), which is the most amount of power the desktop should use. If it is operating close to that limit, Turbo Boost kicks in and increases the clock speed. This, in turn, increases the maximum processing speed of the desktop, ranging from 2.90 GHz to 4.40 GHz.

How Much Memory Does a Hard Drive Need for Desktop Games?

You can play certain games with any size hard drive, but if you want the fancy games with incredible graphics, you will need as much memory as you can get. Most gamers lean toward large hard drives that have more than 1 TB or 2 TB of memory. Games take up a lot of space, so even with a large hard drive and high-end CPU from Intel, such as the i7, you may also need a solid state drive. Dell makes plenty of computers with large hard drives and the right Intel Core processor to meet your needs, such as an i7 in a Dell Optiplex 2020.

What Dell desktop computer product lines have an Intel Core i7 CPU?

Five of Dells product lines have desktop PCs that have a 4th gen CPU:

Content provided for informational purposes only. eBay is not affiliated with or endorsed by Dell or Intel.