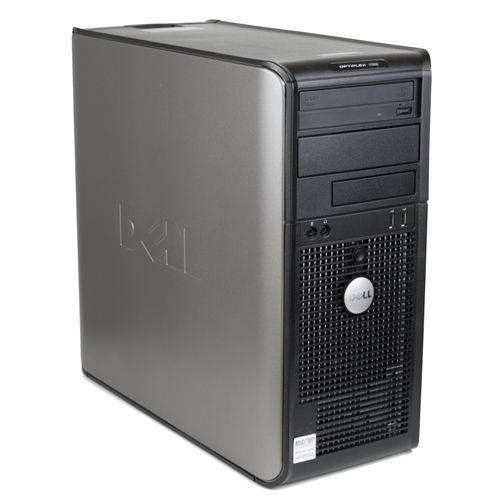 Since it was founded in 1984, Dell has been developing, selling, and repairing computers for personal and business use. Many of their computers use Intel processors, which have gotten faster as technological advances have been made throughout the past decades. Whether you are working on your desktop at home or at work, you may appreciate the benefits of a high-speed computer, such as those using Intel Core 2 Quad processors.

What is a computer processor?

A computer processor is another name for the central processing unit (CPU) in your computer. You can think of the CPU as the computers "brain." The CPU runs a program that takes information from its random access memory (RAM), processes the input, and returns the results to an output device. Its performance is primarily measured in gigahertz (GHz) or cycles per second.

What types of Intel CPUs are available?

Intel released two versions and upgrades of Core 2 Quad processors for desktops between November 2006 and March 2008, so the computer models with these CPUs were released close to that time frame. Some of the Dell models that were built with Core 2 Quad processors are Studio, Vostro, Optiplex, and XPS. Many of these Intel machines are tower machines. The XPS, however, is an all-in-one unit.

What are the design characteristics of the Intel Core 2 Quad processor?

Intels two main quad-core CPUs are the Intel Core 2 Quad Q6600 and the Intel Core 2 Quad Q6700. The Q6600 has a clock speed, the rate at which the CPU performs operations as expressed in cycles per second of 2.47 GHz and the Q7700s clock speed is 2.60 GHz. You can find some custom models and rare releases that have 3 GHz or more. The more speed your computer has, the better it will perform. Both Intel models have a front-side bus speed of 1066 megahertz (MHz). Similarly, both processors have a 2x4 MB level 2 cache. The Q6600 has a higher thermal design point (TDP) at 105 watts, compared to the 95-watt TDP of the Q6700. The TDP is the maximum amount of heat created by a specific component.

Content provided for informational purposes only. eBay is not affiliated with or endorsed by Dell and Intel.