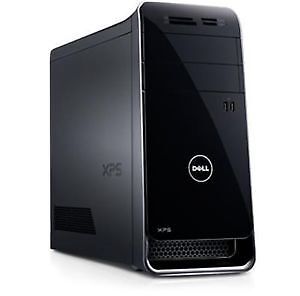 If youre looking for a desktop PC that uses an AMD processor, there are a number of Dell models on the market that feature the Athlon 64. These desktops can be used as a family computer in a household or an added workstation in an office. Learn more about choosing a desktop PC here.

What are some features of desktop PCs?

Desktop PCs have been a flexible and modular product since they were first introduced, and this makes them fairly simple to compare when shopping. There are several main features to watch for when considering a desktop PC. Heres a list of some of them.

Which Dell desktop PC models have the Athlon 64 processor?

Dell produced several desktop PCs for business and home customers that use the Athlon 64 processor. Some that you might find include PCs that are part of their OptiPlex and Dimension product lines.

What features does AMDs Athlon 64 processor have?

The Athlon 64 is Dells eighth-generation microprocessor; it was first released in 2003 and continually produced until 2009. It was the second processor to use the AMD64 architecture and the first 64-bit processor targeted for use in consumer PCs. Athlon 64 processors were made to fit Socket 754, Socket 939, Socket 940, and Socket AM2 on various motherboards. Below is a list of some of this CPUs features: