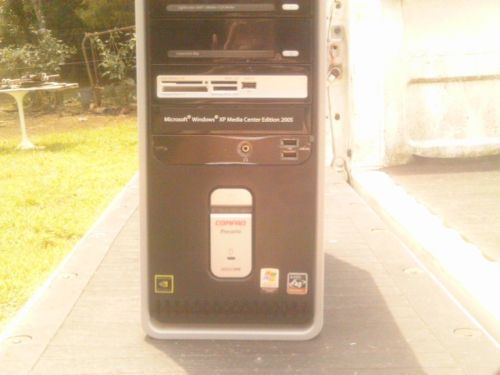 PC users are generally seeking capability and faster processing speeds with their computers. Compaq, a computer company based originally in Texas before it was sold to Hewlett Packard in 2001, created a line of PCs called the Presario that was marketed to everyday consumers as a home computer. These PCs generally run on a Windows operating systems such as Windows XP.

What Are Some Features of the Operating System?

Most PC users generally dont need anything too advanced, and those wishing to use their Compaq PC for things such as checking emails, surfing the web, or playing games will find that Windows or Windows XP will be the perfect operating system for them.

Can I Use a Compaq PC With Any Monitor?

What is the average lifespan of a PC?

Content provided for informational purposes only. eBay is not affiliated with or endorsed by any of the brands mentioned above.