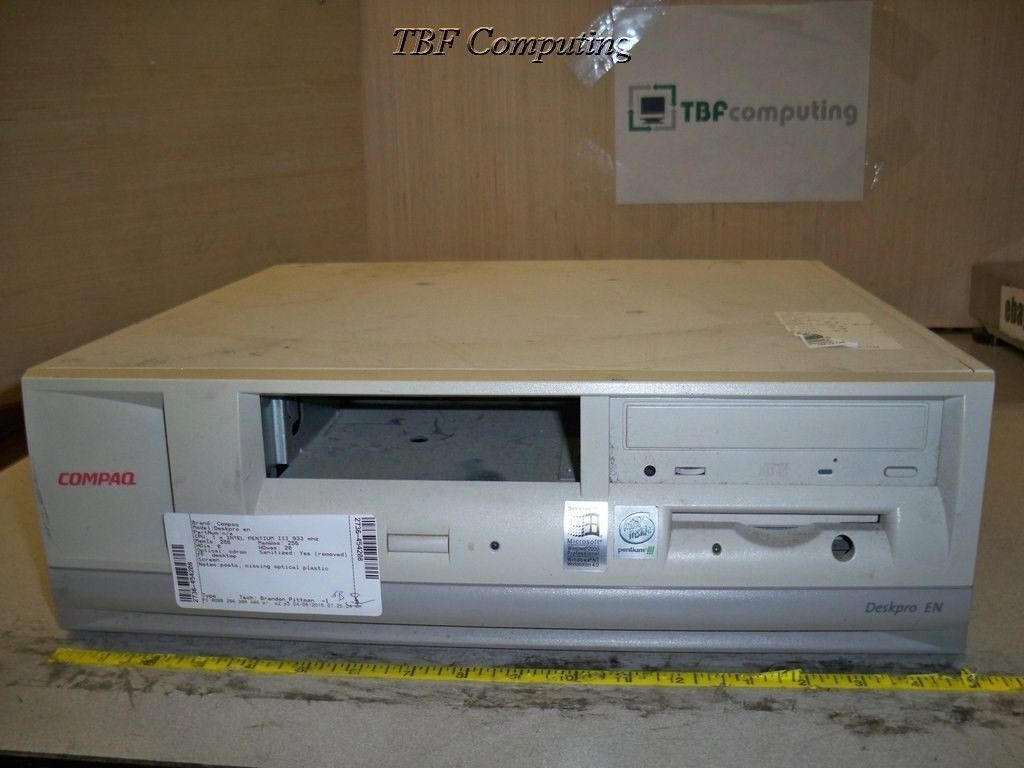 How the Pentium Moved Cache on Die

There are a number of ways to improve CPU performance, but the majority fall under one of two categories. You can either get a processor that does more, or you can feed it data more quickly; the Pentium III did both.

The third major core revision of Intels Pentium line aimed to do three things; it had to fight off resurgent competition from the Athlon, improve performance over the Pentium II, and finally reduce manufacturing costs compared to its predecessor. This was a tall order for one microprocessor, especially when the manufacturer also wanted to retain compatibility with their existing infrastructure:

What Do You Look for from Compaq?

When looking at a Compaq machine from this era there are a number of different features to consider. Most systems came with either Windows 98 or Windows ME and feature a CD-ROM or other optical drive such as a DVD-RW. One thing to note is that many Pentium III models do come with less than 1 GB memory. Models like the Presario 7000 and 5000 offered high performance GHz-class processors while the entry level Presario 4000 featured Celeron and Duron processors. Some of the 7000 models even worked as home video studios with the ability to create and edit DVDs built in. Features to look for on one of these systems include:

Whether a desktop or a laptop, the Pentium III offered a high performance option in an era of ever increasing clock speeds and chipset development. Without the parallelism seen in later dual and quad-core processors, the only thing you could do to increase performance was to increase the system speed for single-threaded applications.

Content provided for informational purposes only. eBay is not affiliated with or endorsed by Compaq or Intel.