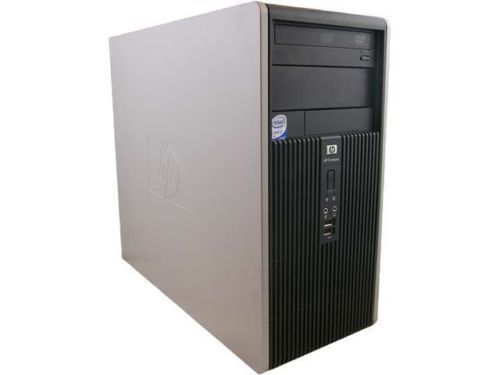 A powerful desktop computer can help you accomplish tasks more efficiently; it can also make media more visually appealing. The Compaq Intel Pentium 4 Desktop PC improves these aspects of your user experience by bundling a number of hardware pieces together. A powerful desktop PC can be a useful utility for those attempting to multitask or render projects with large file sizes.

What is the HP Compaq Intel Pentium 4 Desktop PC?

The hardware is a variant of standard desktops produced by hardware manufacturer HP. The line of PC hardware is referred to by the manufacturer as its Compaq line, which is intended as a professional-grade, media-creation PC. The components included are designed to assist users with handling projects that consume large amounts of computational power.The most powerful piece of internal hardware included is the CPU. A member of the i5 line of hardware, the CPU is intended to be capable of running several different, abnormally demanding projects and programs simultaneously. These types of programs can range from video editing software to video games. The hardware is can also be utilized as a media-viewing device. The components have enough power to be compatible with the vast majority of video game and file-sharing websites and programs. Parts included also allow you to store sizable amounts of data on the hardware without the assistance of Cloud technology.

What are some features of Intel Pentium 4 Desktop PCs?

The Compaq PC has a number of features that users may find helpful. They include:

Does the Intel Compaq Desktop PC require an internet connection?

Content provided for informational purposes only. eBay is not affiliated with or endorsed by Intel or HP.