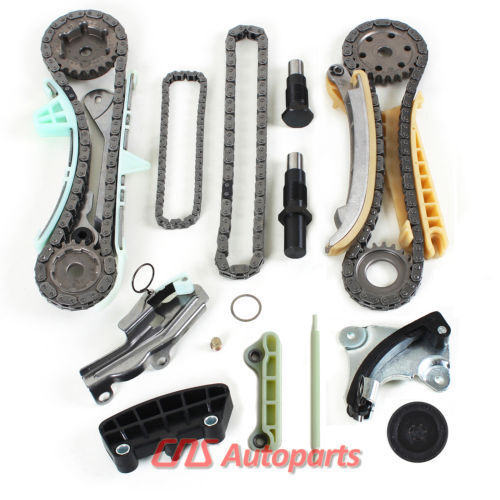 Whether your goal is to improve your cars engine performance, make modifications to it for racing, or perform basic necessary repairs, timing belts and other parts are available for every model, and make of car or truck. Original equipment-manufacturer parts, rebuilt equipment, and aftermarket parts can meet your needs for repair or improvement projects. Timing belts, belt kits, chains, gears, and pumps are all available.

What is in a timing belt component kit?

When belt replacement is necessary, the belt may not be the only piece of equipment you need. Kits can include the rubber belt, camshaft belt tensioner, and a pump. Model year and make determine which timing belt component kit youll need.

Whats the difference between a timing belt and a chain?

In four-stroke gas car engines, both chains and timing belts control and coordinate the efficient operation of pistons with lower engine, parts like crankshafts, while the car motor is running. Before 1960, nearly every car or truck had a chain, rather than a belt. In 1960, Pontiac introduced the first American car with a rubber timing belt. A rubber part operates more quietly than a chain. Your vehicles owners manual will tell you at what mileage the equipment in the engine system, including the timing belt, should be checked and replaced.

What steps are involved in replacing the timing belt?

If a timing belt breaks, the car will not start. The part should be serviced according to manufacturer maintenance schedules. Not every car or truck needs to have the pump replaced simultaneously with the belt, but many do have a timing-belt-driven water pump. In order to replace the belt in a vehicle, you can follow these steps:

Valves and pistons that share the same space within the car engine, and as a result are at risk of colliding in case of rubber failure, are the hallmark of an interference engine. Putting valves into the area that pistons sweep enables a higher compression ratio and improved efficiency, which is the reason for the interference type of configuration. Non-interference engines are also called "free-wheeling." If timing elements break during operation of a noninterference engine, upper engine mechanical elements like pistons wont collide.