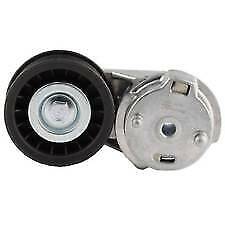 While you dont see it, the engine and its associated parts are the heart of your vehicles performance; if theyre not operating, your systems arent operating. When its time to replace the belts, pulleys, and brackets of your engine, look in your service manual for make, model, and other important identifying information. You can use that to locate the items here that will get your systems back on the road again.

What is the function of the drive belt?

The main belt you need to have running is your drive belt, with the specific type being found in your vehicles service manual. Without it, you wont be able to use your systems such as the air conditioner, water pump, alternator, or power steering. The timing of a belt failing can also coincide with valve, gasket, and engine damage. Common types of drive belts include:

What types of pulleys are in cars and trucks?

What types of brackets are available?