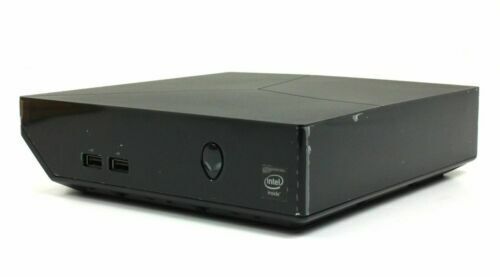 What to Know About Gaming Computers

The Alienware Alpha is a feature-packed PC designed with gaming in mind. Unlike traditional PCs and laptop devices, the Alpha features a small form factor and has the UI of a gaming console. It packs an Intel CPU, fast SSD hard drive and powerful GPU into its design. It can be used with either a keyboard and mouse, or a controller which is available separately. The Alpha gaming PC connects easily to your big screen TV via HDMI, making it quick and easy to enjoy all your favorite games.

Which Model of Alpha Should I Look For?

The Alpha was first introduced in 2014, and it has had some upgrades over the years.

What Operating System Does the Alpha Come With?

The Alpha runs on Microsoft Windows, and it can be operated in desktop and console mode.

Can the Alpha Be Upgraded?

Some upgrades are possible. This allows you to improve performance and extend longevity of the device, allowing you to run the latest games at high frame rates and reducing loading times. These include:

Content provided for informational purposes only. eBay is not affiliated with or endorsed by Alienware.