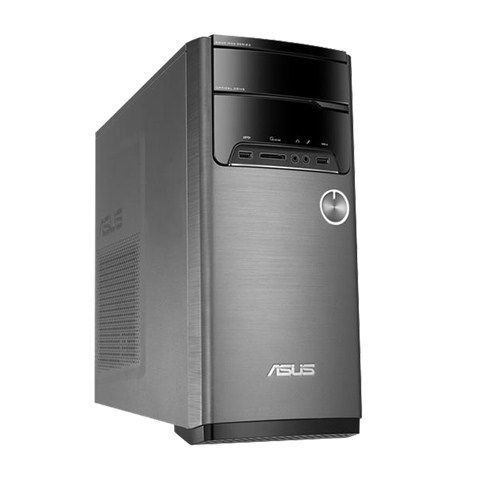 If you are seeking a desktop PC for home or office use, then the A10 Series may be for you. These computers are designed and built by Asus and feature AMD technology, including an AMD accelerated processor and an AMD Radeon graphics adapter. These systems also often include a USB mouse and keyboard, so that all you need, independent from this package, is a computer monitor.

What is the Asus AMD A10 Series?

A10 is a series of desktop computers that feature hardware developed and manufactured by AMD. This includes an APU from AMD. APU stands for accelerated processing unit and is an AMD term used to describe a 64-bit processor that serves as a central processing unit or CPU and a Radeon graphics processing unit or GPU on a single die. The A10 series is not exclusive to Asus, but these specific M32 models are designed, built, and supported by Asus in partnership with AMD.

What are the specifications for these machines?

Note that there were at least a handful of different versions of the M32 offered, so the details may vary from one to the next. There were, however, some characteristics that were fairly consistent across all of the M32 models released. These include a/an:

Is the memory expandable?

The included motherboard has two slots for DIMM modules. The only one is occupied, and it is done so by an 8 GB DDR3 module. You can purchase a second 8 GB DDR3 module to increase overall system memory to 16 GB. The manufacturer recommends that you match the 1600MHz speed, and if you want to upgrade latency, speed, or voltage, then you should replace both modules with a paired set.

How do these computers connect to the internet?

The M32 models have a Gigabit Ethernet port, which supports a wired connection from your router or modem. The motherboard also features an integrated 802.11b/g/n or 802.11ac wireless adapter. Bluetooth 4.0 is also supported via an integrated solution, and you have the option to add your choice of wired or wireless adapter via an open PCIe slot or a USB 2.0 or 3.0 connection.

Which USB ports and other physical connections are available?

These computers have two front-accessible USB 3.0 ports as well as four USB 2.0 ports that are accessed at the rear. These models also feature a front-accessible media card reader that accepts SD cards and microSD cards as well as other memory formats. There is also a VGA outlet for connection to a computer monitor and an HDMI out for connection to a monitor or television, and you can use both outputs simultaneously to achieve a dual-monitor setup.

Content provided for informational purposes only. eBay is not affiliated with or endorsed by Asus.